The Power of Patience and Love in Each of Us

Written by: Karen B., ministry partner in Romania 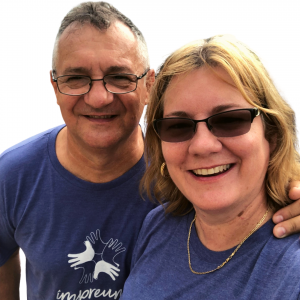 Karen and her husband, Cornel. Ministry partners in Romania for One More Child.

Children growing up in Romanian orphanages protect themselves by not attaching.  They have learned that relationships are not safe, often painful and do not last.  Even if they are willing to join in on organized activities or outings, they often interact on a superficial level or remain aloof.  This has been my experience as a missionary ministering to orphans living in government placement centers or foster homes.  I have never pushed myself into their lives, but have allowed them to enter the relationship at their level of comfort.  After almost 25 years of serving these children and young people, I can say that it has required an immense amount of patience and unconditional love.  I will never forget Sabina, a 14-year old girl that I met at a week long summer camp organized for children and adolescents from a local orphanage.  She expressed that she had no desire to be in camp with the rest of the kids, staff and volunteers.  She did everything she could do to sabotage that week.

On the first day of camp, it was clear that Sabina had no interest in our Bible studies, organized games, art and crafts or anything else in the highly stimulating outdoor environment.  Sabina ate double portions at every meal served in the camp cafeteria.  When attending small group Bible studies or other organized events, she put her head down and appeared to emotionally check out.  She refused to make eye contact with her peers and refused to talk or participate in anything except mealtimes.  Even at the mealtimes, she did not make eye contact or communicate with her peers or our ministry team.  I simply decided to share space with her that week.  I sat with her during Bible studies, chapel and meals.  This focused time with her made me think about what it must be like to be her. 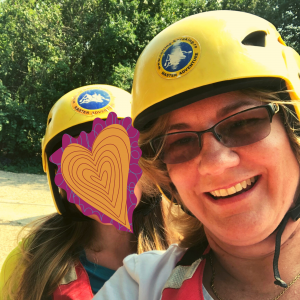 Karen and a camp participant*, preparing to go white water rafting. *Camper not displayed due to Romanian orphan privacy regulations.

Throughout the next two years, I would regularly visit Sabina at the orphanage.  It took one month before she would make eye contact with me and another few months before she was willing to talk to me.  The words did not come easily.  At first, she just said hello and goodbye.  We often would take walks, go for an ice cream or do a craft together.  She really enjoyed making bracelets or jewelry.   In time, she began to share her story with me.  She never knew her father and her mother abandoned her at the orphanage at the age of three.  Her mother often reminded her that she came in the world by mistake, the result of a failed abortion.  Her story was full of severe deprivation, neglect and abuse.

When Sabina turned 16, she came to me asking for money for an abortion.  I told her I could not support her in this way, but I would be willing to help her if she chose to give her baby life.  Sabina got pregnant by her boyfriend from the orphanage. His name was Rudy and he loved Sabina very much.  The two of them decided to keep their baby and I kept my word.  They chose to get married, and I helped them rent an apartment and get Rudy a full-time job.  I was at the hospital the day Sabina gave birth to a healthy baby boy named Denis.

When Denis turned two, Sabina and Rudy’s relationship began to fall apart, and Denis was placed in child protective services for 18 months.  Rudy was gambling his paychecks away which left him and Sabina homeless and fighting for survival.  In desperation, Sabina divorced her husband.  Shortly afterwards, she secretly left the country and got involved in prostitution and stealing.  She eventually ended up in prison.  Rudy was sleeping on the streets struggling with addiction and fighting for survival.  From her prison cell, Sabina cried out to God in desperation and asked for his strength to turn her life around.  She also prayed for her marriage to be restored, and for the ability to pull their lives together so they could get their baby back.

When Sabina was released from prison, she contacted me again.  I was able to get her into a government-subsidized apartment, and she was able to get a good job cleaning for a local university.  Sabina and Rudy reunited and were able to gain custody of their little boy again.  The following year, Sabina and Rudy re-married and became pregnant with their second son, baby John.   Baby John was named after a pastor that spoke and ministered to the orphans back at that same camp that Sabina refused to talk to and engage her peers. Rudy had attended that camp as well. Sabina appeared to have completely checked out emotionally that week, yet God had begun the process of healing her wounded heart.

Tragically, baby John died the day after he was born.  I remember the nurse wrapping him in a white blanket before handing him gently to Sabina and Rudy so they could say good-bye.  I held them all, and we wept together that sad August morning.  The funeral followed days later and my husband, a pastor, shared an emphatic message of love and encouragement.  We held hands and prayed for God’s grace and healing around baby John’s grave site. 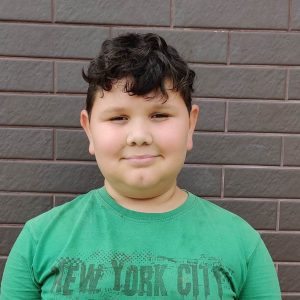 After baby John’s death, Sabina decided to give her life to Christ and be baptized.  Our church videotaped her very emotional testimony as she shared her story of pain, loss, grace and redemption.  Watching Sabina get baptized that day was one of the biggest highlights of my missionary career.  Witnessing her resilience and post-traumatic growth has been a humbling journey.  Shortly before Sabina was baptized, she shared her story of being sexually abused growing up in the orphanage.  She had carried that shame and pain alone all these years.  She shared this with me eleven years after we first met.  Patience, consistency, and unconditional love contributed to the newfound strength in our friendship 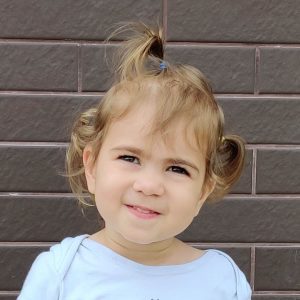 The story of these young people has had such a profound impact on me.  I am so grateful that God called our family to Romania to love and serve them.  Throughout the years, the Lord provided these many opportunities for me to practice patience and grow in unconditional love. Now, I can also happily report that as her story continues to unfold, Sabina gave birth to a healthy baby girl just over two years ago.  She named her after me, Karen Elizabeth.  What a rich blessing this was, and praise God for His divine Patience in each of us.

If you wish to support the life of a vulnerable child like Sabina or Rudy, you can go online and sponsor a child today!