Working together to meet the needs of one more child!

Meet members from our development team who are ready and excited to share with you the immediate and tangible needs of children domestically and internationally. 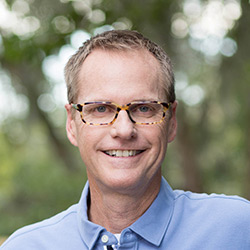 Dr. Jerry Haag is the president/CEO of One More Child. During his tenure as president, he has guided the expansion of ministry sites from nine locations in Florida to more than 50 locations around the globe. Under his presidency, One More Child has launched its Anti-Trafficking, Child Hunger, Single Moms, Family Support (prevention) and Global programs to meet immediate and long-term needs of children and families. Under Dr. Haag’s leadership, One More Child has increased from serving 3,351 children and individuals in 2007 to more than 260,000 in 2019.

Dr. Haag earned Bachelor’s and Master’s degrees in Finance from Baylor University and earned a Ph.D. in Finance and Real Estate in 1995 from the University of Texas at Arlington. He has led and participated in humanitarian aid, emergency relief, childcare and ministry to children and families in countries around the world.

Having been appointed and reappointed since 2013 by both Gov. Charlie Crist and Gov. Rick Scott, Dr. Haag serves on the Florida Faith-Based and Community-Based Advisory Council, which he currently chairs. He also serves on the Board of Directors of the Christian Alliance for Orphans (CAFO), where he has chaired its Faith and Foster Care Research Team and served on the President’s Advisory Council. In addition, Dr. Haag has served on the Board for Hines Ugandan Ministry since 2018.

Because of Dr. Haag’s experience and leadership in launching global, prevention, and anti-trafficking programs, he has been invited on numerous occasions to share our organization’s expertise with national and world leaders – to include the United States Health and Human Services, the White House, the President’s Office of the Dominican Republic (in coordination with President Danilo Medina Sánchez) and the Office of the First Lady of Guatemala (in coordination with First Lady Patricia Marroquín de Morales).

He preaches regularly in churches and he and his wife, Christi, also enjoy speaking together. Additionally, he has authored, presented, and published academic articles relating to his business expertise and has been honored several times for his business, professional and civic achievements.

Dr. Haag has served on the faculty and administration of both public and private universities, and he was named Baylor University’s Vice President of Development in 2011, where he served before returning as President of One More Child.

From 2000-2007, Dr. Haag served as President and CEO of the South Texas Children’s Home in Beeville, Texas. He also has corporate work experience with AT&T and is a Certified Financial Planner.

Dr. Haag and Christi live in Lakeland, Florida. Christi is a well-known speaker and the host of One More Child’s Hope is Here.  Their eldest son, Ben, lives and works in Dallas, Texas and their youngest son and his wife, Brady and Katie, reside and work in Austin, Texas. 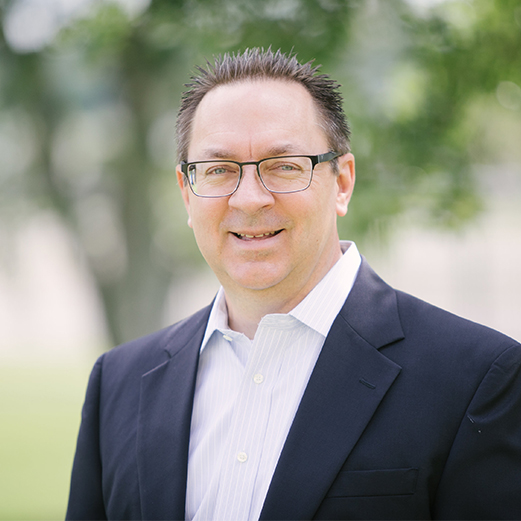 As Vice President of Development at One More Child (OMC), Averitt serves as the chief fundraising strategist to help meet the needs of children and families throughout Florida and the developing world through philanthropy. His passion is to ensure our organizations remain fiscally strong and continue to meet our goal of always helping one more child.

A graduate from the University of Central Florida with a bachelor’s degree in medical record administration and a master’s degree in health sciences, Averitt has more than 25 years of experience in nonprofit leadership.

Prior to joining OMC, Averitt was employed by Orlando Health where he was Vice President within their Foundation and provided oversight for the capital campaign, annual fund program, donor relationships and policy development. He is noted for his visionary, effective and results-driven leadership. Averitt was instrumental in the development of the Orlando Health Foundation’s vision and mission, and he is a known mentor in philanthropy throughout the Southeast.

Averitt is a graduate of the Fund Raising School of the Center on Philanthropy at Indiana University where he received a certificate in fundraising management. Prior to taking on the Vice President role at the Orlando Health Foundation, he served as the Capital Campaign Director and the Development Director.

Averitt is a member at First Baptist Church Windermere. He and his wife, Renee, have three daughters: Whitney, Kristen and Sarah.

Averitt believes his role at OMC is a unique way to love and serve those in the most vulnerable positions and to be the hands and feet of Christ. 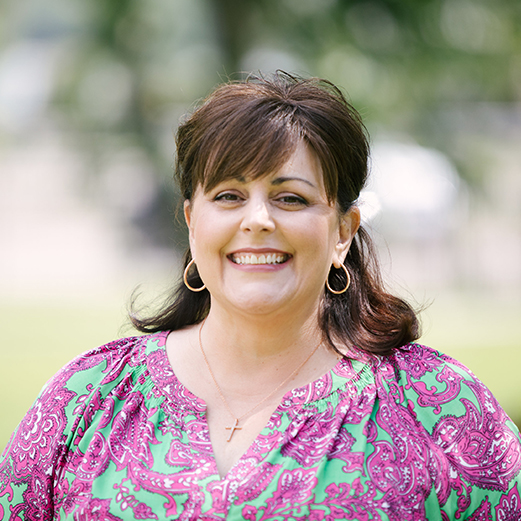 Pam Fuller serves as Director of Annual Gifts. She is responsible for cultivating donor relationships and leading Women of Compassion, a world-changing giving society of women who are passionate about helping innocent children in need. Adopted as an infant through a children’s home in another state, Pam has enthusiastically supported the mission of One More Child for many years.

She earned a bachelor’s degree in political science from the University of South Florida and spent the first 24+ years of her professional career working for elected officials at the state and federal levels. Pam is honored by the God-sized opportunity to help One More Child provide hope and security to children in need.

Pam and her husband Michael have been married for 24 years. They are parents of an adult son, Alec, and attend Church at the Mall in Lakeland where Pam teaches a Kindergarten Connect Group. Pam is also a published author, a cancer survivor and college football enthusiast. 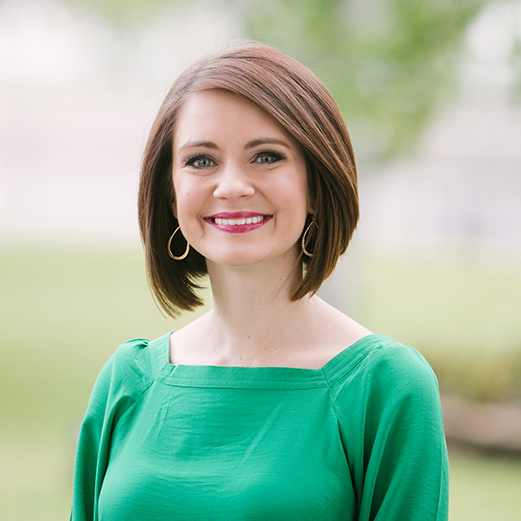 Erica Hall serves as the Director of Major Gifts. She is responsible for the cultivation of partnerships through donor relations, fundraising events, sponsorships and speaking engagements to enhance the impact of One More Child.

Erica also serves as the staff coordinator for the One More Child Celebration Ball – an annual event fundraiser to benefit the ministries of FBCH and One More Child.

Erica is a graduate of the University of Florida with a bachelor’s degree in agricultural communications and leadership development and she is currently pursuing her master’s degree in non-profit and community development. Prior to joining the Children’s Homes, Erica served as the Grassroots and Coalitions Coordinator for a statewide political campaign and, most recently, served as the Education Liaison for Florida Commissioner of Agriculture Adam Putnam.

She and her husband Jarrett are active members of First Baptist Church Plant City where they serve as college small group leaders and are involved in new member outreach. In her spare time, she enjoys reading, canning and traveling. 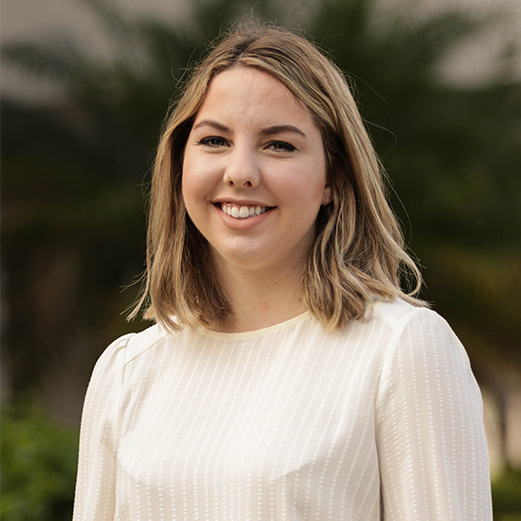 Kaf Nelson serves as the Director of Event Planning for One More Child. She is responsible for planning and managing all  special event fund raisers for the development team.

Kaf’s passion is getting people together in the most festive ways. Prior to joining One More Child she was an academic advisor at Southeastern University putting on events for freshmen and prospective students. She received her Master of Divinity and Master of Ministerial Leadership from SEU as well.

In addition to being the Director of Event Planning, Kaf is a youth director at Oasis Community Church in Lakeland. She is a wife to Sean, a dog mom to Copper, and a twin. She enjoys traveling and adventures, and is excited about the chance to be a part of a team pursuing hope for one more child. 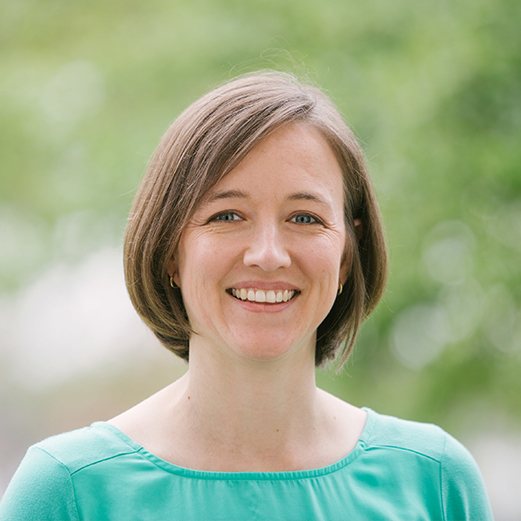 Emily Petrilli serves as the Director of Major Gifts at One More Child. She works with donors across the greater Tampa Bay area to develop and steward philanthropic support for the organization. She loves telling the story of how FBCH and One More Child are sharing the love of Jesus through providing for children and families in need. Emily is passionate about connecting people with opportunities to help meet the needs of children and families locally and globally.

Prior to joining OMC, Emily worked with youth as an agriculture teacher and FFA advisor.  She holds a bachelor’s degree from the University of Florida and a master’s degree in agricultural and extension education from the Pennsylvania State University.

Emily and her husband, John, are active in their church community in Tampa.  She enjoys encouraging women to study the Bible so that they can learn more about our great God. In her spare time you can find Emily tending to her vegetable garden, playing board games with her husband, or enjoying a good book. 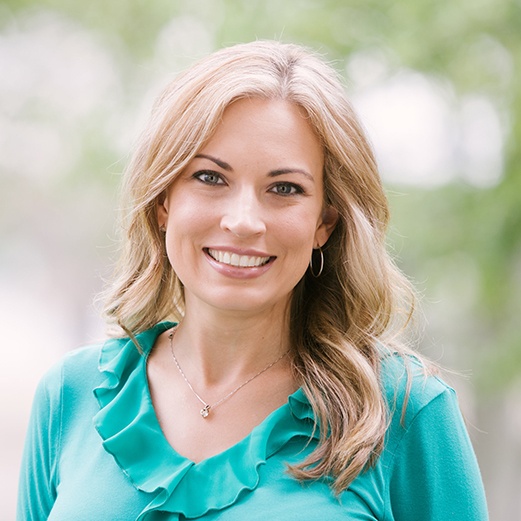 Rebecca earned a bachelor’s degree in accounting from the University of South Florida in Tampa, FL. She went on to receive her master’s in business administration from Saint Leo University. Rebecca also has earned her Certificate in Fundraising Management from the Lilly Family School of Philanthropy at Indiana University.

Prior to joining the team at One More Child in 2014, Rebecca was an accountant at Raulerson & Co., where she was responsible for client communications as well as nonprofit tax issues and audits. She also created, developed and led the homeless ministry at Plant City’s First Baptist Church from 2012-2014.

Rebecca and her husband, Mark, have been married for twelve years and reside in Plant City. They have three children, Layla, Rex and Jacob. In her spare time she enjoys traveling and writing. She is an active member at First Baptist Church Plant City as ladies life group leader and deacon’s wife. As an adopted child herself, Rebecca has a passion for giving hope and worth to hurting children through the life-changing love of Christ. 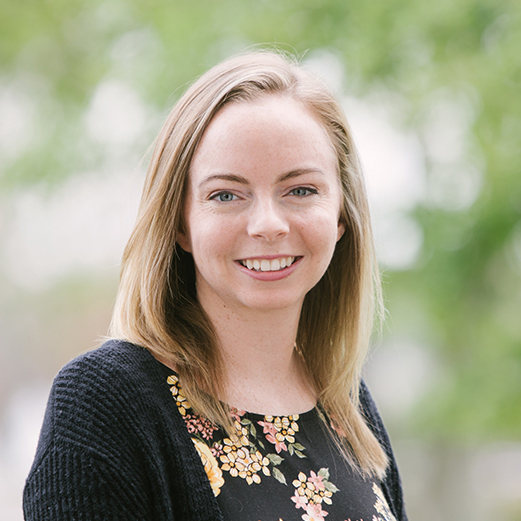 Hannah White serves as the Director of Major Gifts for the Panhandle and North Florida. She is responsible for cultivating and stewarding donor relationships on behalf of FBCH and One More Child.

Hannah graduated from the University of Florida in 2016 with a bachelor’s degree in Business Administration with a minor in Non-Profit Leadership. In 2018, she joined the FBCH and One More Child family in the Global department prior to joining the development team in 2019. Hannah has a heart for helping children and families both locally and globally. 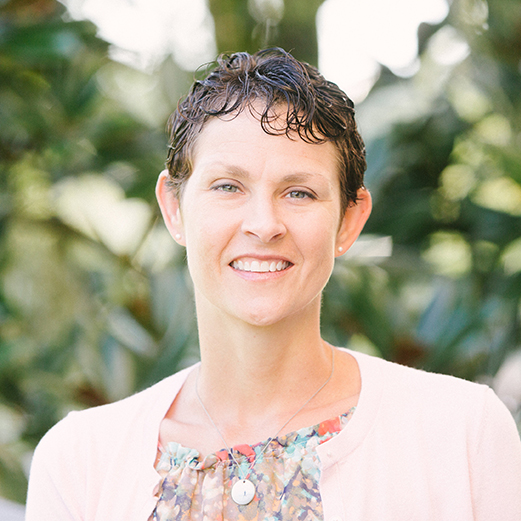 Heather York serves as the Director of Development for FBCH and One More Child in the Panhandle and North Florida. She is responsible for cultivating and stewarding donor relationships on behalf of One More Child. She is eager to see what God has planned for the ministry to make an immediate impact and eternal difference in the lives of children locally and globally.

Heather earned a bachelor’s degree in biological science from Auburn University. She spent the first 15+ years of her professional career working on water quality protection and restoration projects at the state and federal levels. In 2017, she received her calling to serve children in need as a residential case manager on the FBCH / One More Child campus in Tallahassee prior to joining the development team in 2018.

Heather and her husband, Bobby, have been married since 2012 and reside in Tallahassee.  Together they have four children, Tanner, Gage, Brandon, and Jamie, and a four-legged friend named Boone. When she is not attending her children’s soccer events, Heather can be found running trails or camping in the mountains.  She is a member of Celebration Baptist Church.